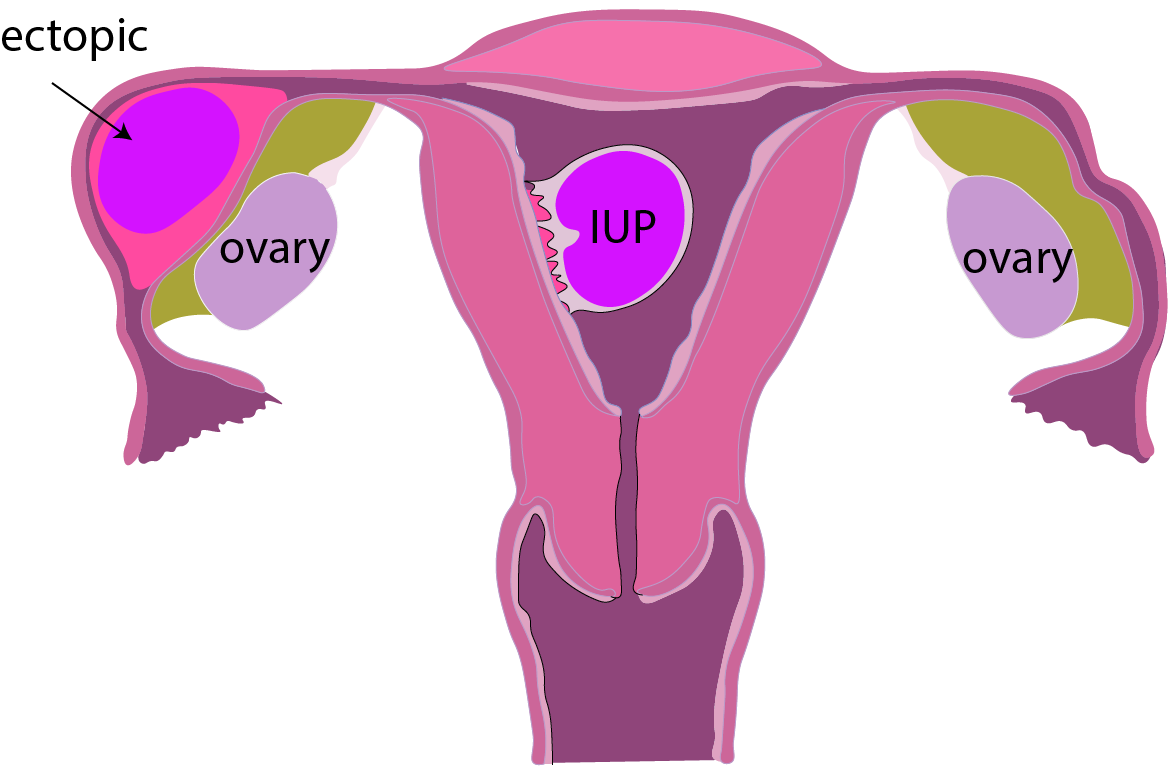 A 32 year old lady presents by ambulance  to the Emergency Department in shock. She describes having felt dizzy but not unwell and then suddenly collapsed. She remembers being escorted in a wheelchair into an  ambulance. She is 19 weeks pregnant and has had a recent normal ultrasound scan. Her  BP on arrival is  65 mmHg systolic with a  HR of 50 bpm. Fetal HR 60 bpm. She is drowsy, cold and clammy.

In the RUQ free fluid is present in Morison’s pouch. It is partially coagulated and therefore not all of it is anaechoic 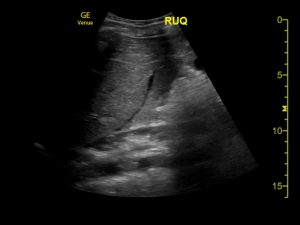 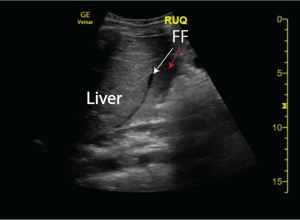 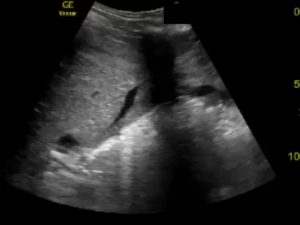 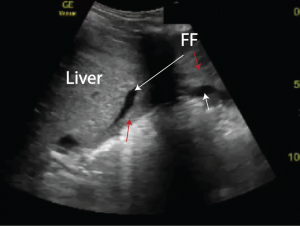 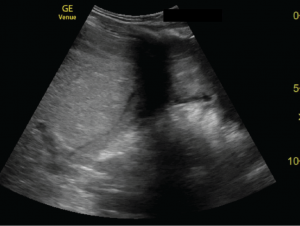 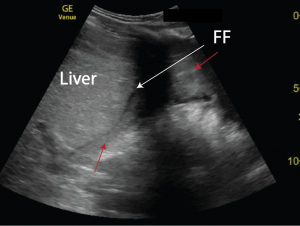 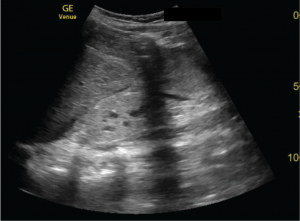 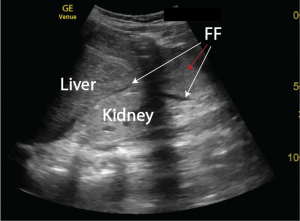 There is a small amount of free fluid in the LUQ 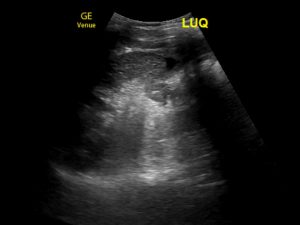 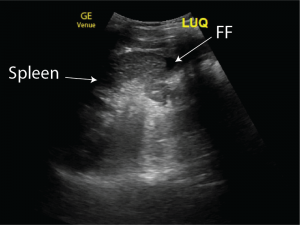 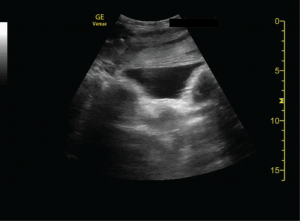 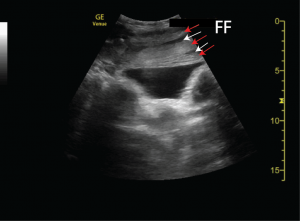 Coagulated blood (red star) is seen in the POD. A sliver of uncoagulated free fluid is visible. 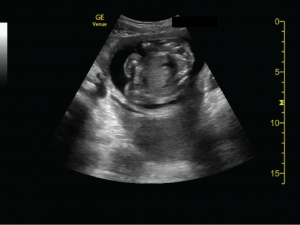 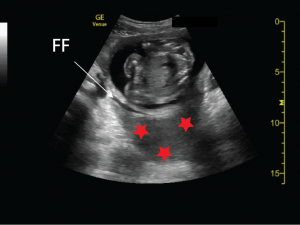 The patient is urgently transferred to theatre for a laparotomy with the surgeons and gynaecologist attending. She has 2.6l of blood in her peritoneum most likely originating from a right fallopian tubal mass. The mass is excised, the patient is resuscitated with 4 units of packed cells and recovers well. The intrauterine pregnancy is salvaged.   Histopathology of the tubal mass confirms a right tubal ectopic pregnancy.

On further questioning, the patient reports miscarrying earlier in the year. An IUGS had been identified with a fetal pole but no heart beat at the time. This raised the possibility of this being either  a heterotopic pregnancy or an old ectopic pregnancy.

This case is unique as bleeding from the ectopic heterotopic  pregnancy occurred at an intrauterine gestational age of 19 weeks. 70% of  heterotopic pregnancies are diagnosed between 5 and 8 weeks of gestation, 20% between 9 and 10 weeks and only 10% after the 11th week.

From the ultrasound point of view, the presence of coagulated blood misdiagnosed  as bowel in the pelvis, or in this case liver tissue in the RUQ is always a diagnostic trap when scanning a patient with a ruptured ectopic pregnancy in the Emergency Department