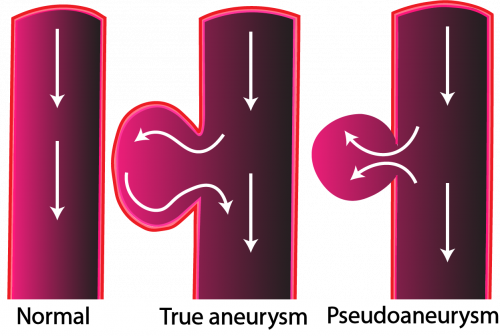 An 80 year old had an unsuccessful cannulation for a CT scan. 4 days later she presented with bruising and tenderness of the left antecubital fossa  and a palpable pulsating mass.

This is the US of the area 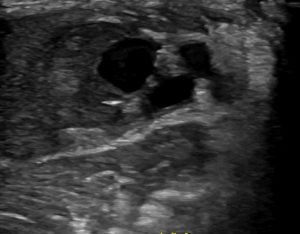 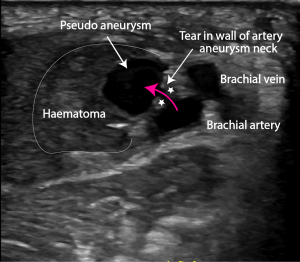 B mode sonography shows a large pseudoaneurysm . The aneurysm is connected to the artery by a small  neck (between the stars). 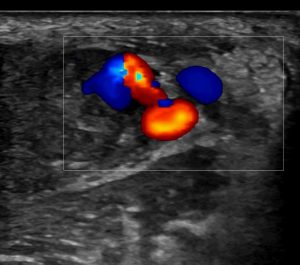 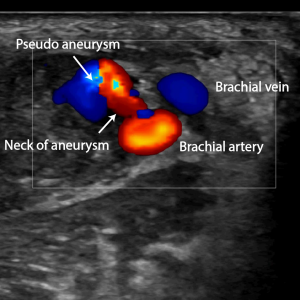 There are 2 types of aneurysms : true and false (pseudo)aneurysms. 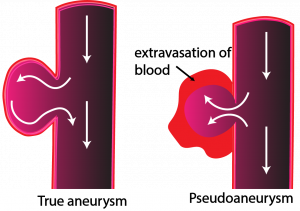 – Failures of closure devices
– Laceration of the artery or branches of the common femoral artery by access needle
– Inadequate pressure or length of time holding pressure post-procedure
– Inadvertent access and/or dilation of the artery during venous procedures
– Femoral graft anastomosis can also break down over time due to suture failure, or likely more commonly due to infection of the graft material.