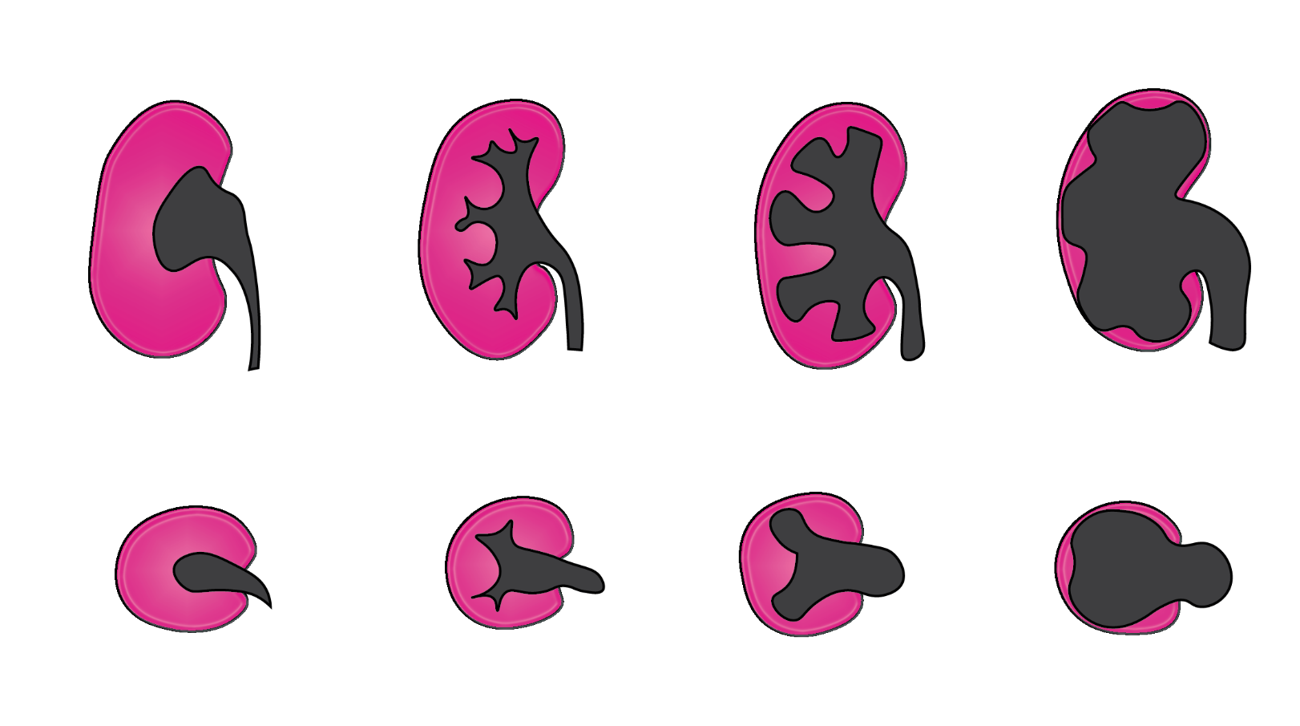 A 70 year old man with a background of metastatic colorectal cancer presents to the Emergency Department. He has a known large pelvic mass causing L ureteric obstruction, with a L ureteric stent in situ. He presents with 1 week of confusion and fevers. His blood tests showed acute renal failure (Cr 200, previously 85umol/L) and raised inflammatory markers. Urine microscopy showed > 100 red cells and white cells, as well as bacteria. 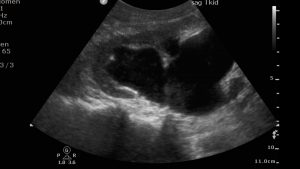 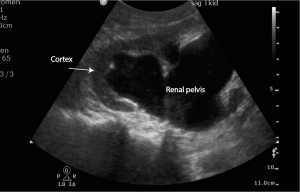 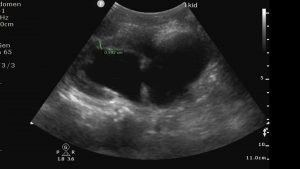 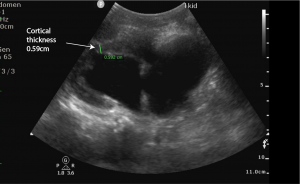 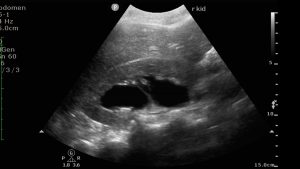 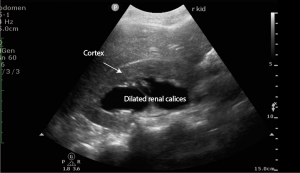 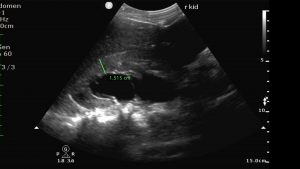 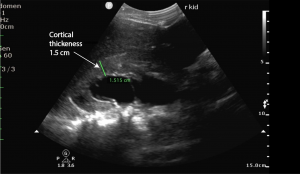 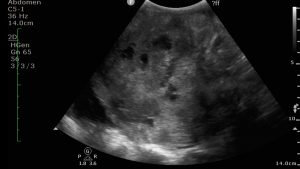 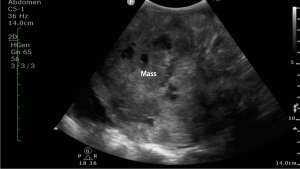 Renal tract ultrasound is the first line test for diagnosing urinary tract obstruction causing hydronephrosis. The advantages of renal tract ultrasound over CT is that it avoids the contrast and radiation risks of CT and can be performed at the bedside. Ultrasound is particularly useful at diagnosing proximal obstruction. It may also visualise intra-renal stones, proximal uteteric and VUJ stones.

Clinical course:
Due to her advanced disease and comorbidities, this patient elected not to undergo percutaneous nephrostomy. He was discharged home with palliative care. In this case ultrasound allowed identification of new pathology in a patient with significant pre-existing disease and allowed a targeted management plan to be suggested.