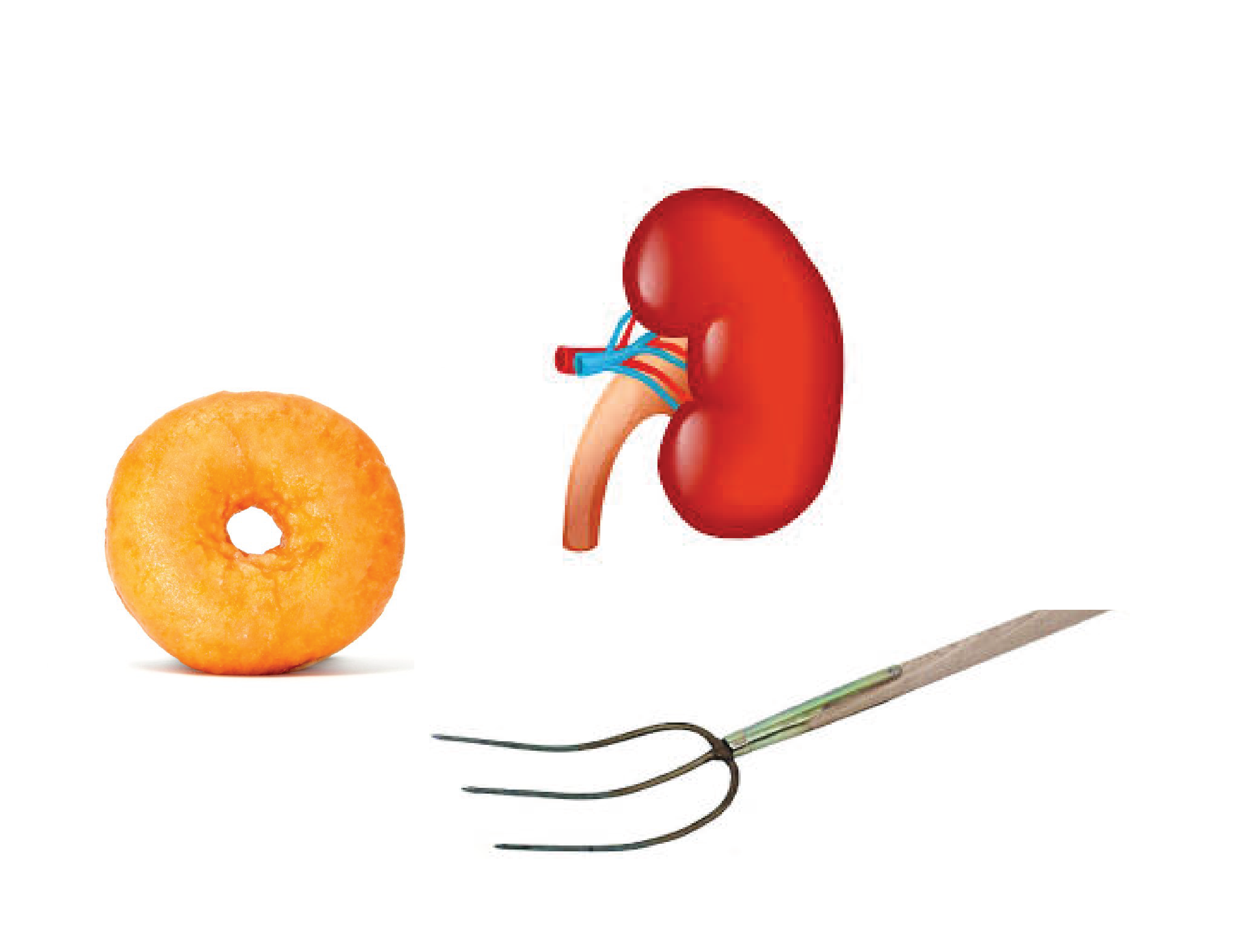 An 80 year old lady presents to the Emergency Department with a 4 month history of feeling unwell on and off  associated with a  4 kg weight loss during that time. She presented acutely because  the night before she developed mild abdominal pain and vomiting.  She has been investigated by her GP. Her GP had noted a left upper quadrant mass 6 weeks prior to presenting to the ED. This was thought to be related to the spleen. An urgent ultrasound as an outpatient was reported as normal – no abdominal pathology was identified.

On arrival she is well and triaged category 4. She is no longer nauseous and has no abdominal pain. She has, on examination,  a left upper quadrant mass which clinically appears to be her spleen ? splenomegaly. Her bloods were unremarkable.

A focussed point of care ultrasound was performed.

The following is a longitudinal view on ultrasound over the palpable, non tender left upper quadrant mass. The mass is bowel. There is no peristalsis. This  patient has a colo colic  intussusception. A hypoechoic oval structure is visible with a central hyperechoic region, reminiscent of a kidney.  This is the pseudokidney sign. The fat containing mesentery is the hyperechoic centre as the mesentery is  telescoped along with the bowel. The hypoechoic oedematous bowel surrounds the mesentery. 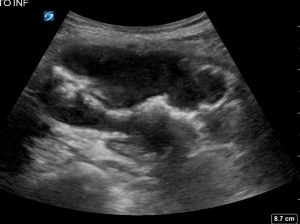 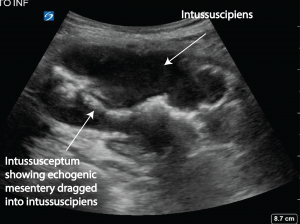 The pseudokidney sign is present in intussusception but not specific for intussusception. It is found in other bowel pathology such as lymphoma, carcinoma, inflammatory colitis such as Crohn’s disease, ulcerative colitis, infectious colitis. In these situations the hypo echoic area is the oedematous bowel with the apposed mucosal centre the hyperechoic stripe.

This is another longitudinal section of the intussusception. This has been referred to as the hayfork sign. 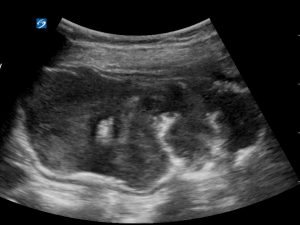 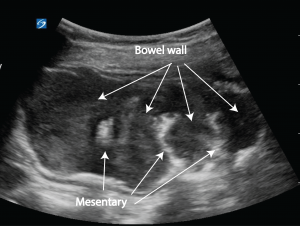 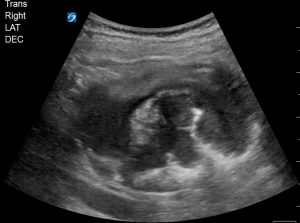 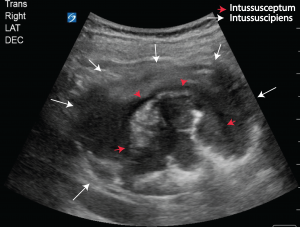 The CT confirmed an intussusception of the transverse colon 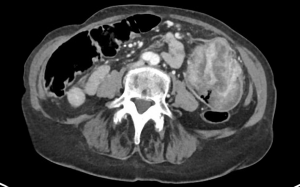 The patient was taken to theatre and had a subtotal colectomy. At no point prior to her surgery did she feel unwell or develop abdominal pain nausea or vomiting.

The following are some points about adult intussusception (1,2,3,4)

Teaching point: Ultrasound should be the initial investigation for all abdominal masses in the Emergency Department. This  should be done as a  focussed, point of care scan where the mass is directly insonated.