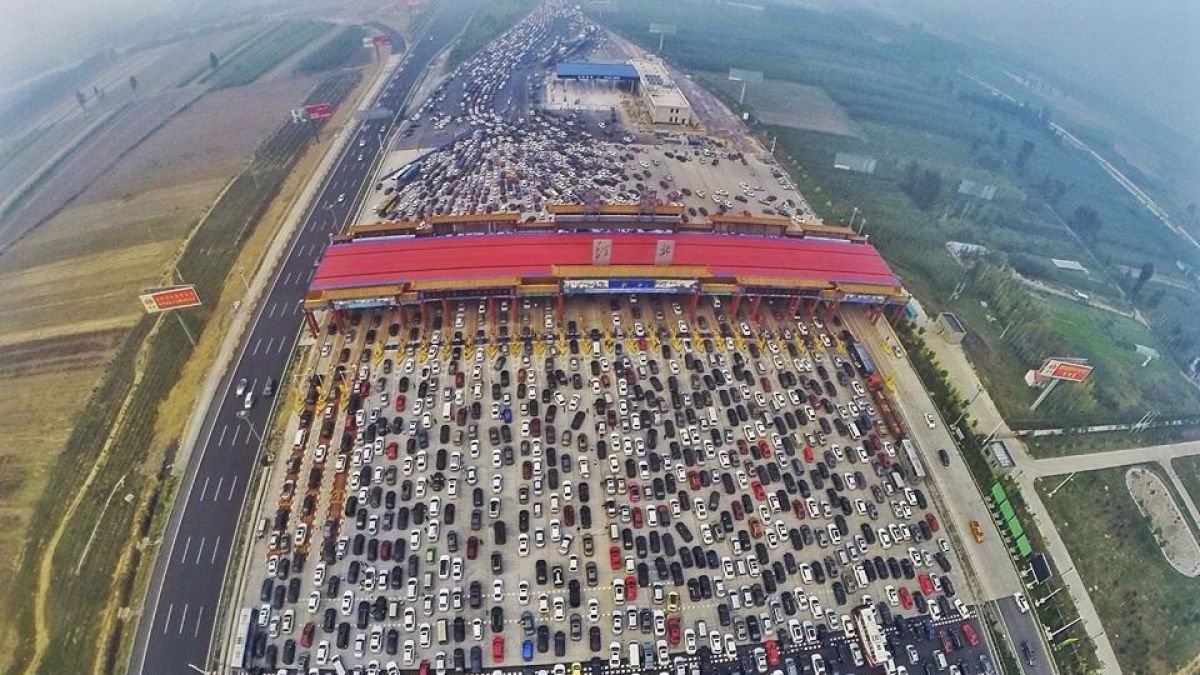 A 48 year old man presents to the Emergency  department with severe abdominal pain. He has Crohn’s disease and frequently presents with abdominal pain. He has had a previous entero-enteric anastomosis.  He is also self employed and hard working and always waits until his pain is unbearable before he presents to the ED. On examination he is pale and unwell  looking. He is afebrile, his abdomen is very tender and distended. He requires high doses of morphine to get on top of the pain. A point of care ultrasound is performed.

This is what you see in the RIF.

There are dilated loops of bowel. This is small bowel as the content is liquid. Note the virtual absence of peristalsis and the small intraperitoneal free fluid. 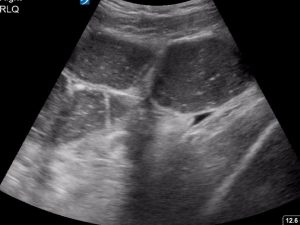 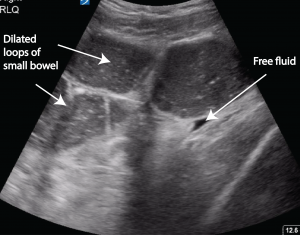 When measured the small bowel dilatation is over 5.00cm. 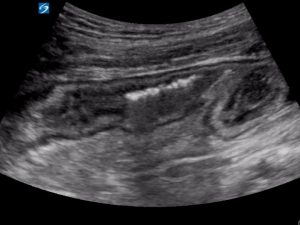 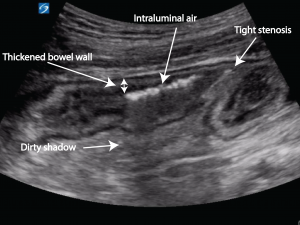 The CT scan shows in fact 3 areas of fibrostenotic disease with dilatation of the intervening small bowel. Between the previous entero -enteric anastomosis and the most distal fibrostenotic stricture there is 10 -15 cm of active small bowel Crohns disease.

This patient  is admitted. After bowel rest with iv fluids and high dose iv hydrocortisone he improves and is discharged on a weaning dose of prednisone.

Crohn’s disease is prevalent in most Emergency Departments and patients present with acute inflammation or complications of inflammatory bowel disease such as, bowel obstruction,  strictures, fistulas and abscesses. These patients get recurrent CT scans which we all know as physicians carries with it an increase risk of malignancy. Unfortunately we cannot organise MRI’s from our ED which is also an excellent, safer imaging modality. Ultrasound is  a wonderful , safe , alternative imaging modality.

It is clear from this table that the sensitivity and specificity of ultrasound in the diagnosis of stenosis is very good and an excellent alternative to MRI and CT. The ability to identify a stenosis will be operator dependent and dependent on body habitus.

The sonographic diagnostic criteria of stenosis are

Stenosis in IBD may be fibrotic or inflammatory. It is difficult  to tell them apart with ultrasound however features such as surrounding creeping fat (echogenic mesentary), increased vascularity of the walls using Doppler and hypoechoic walls rather than a more stratified pattern suggests an inflammatory process. Stratified or non homogenous echopattern of the walls suggests fibrosis. It is worth identifying the obstruction and the stricture in order to enable follow up.

Teaching point: Ultrasound is a valuable tool in the diagnosis of strictures and small bowel obstruction in the context of Crohn’s disease.