A 55 year old lady presents with acute numbness to her right leg and “dizziness” lasting a few hours. No back pain. No chest pain. There are no other neurological symptoms.  BP 175/85 HR 72/min, RR 16/min saturations 96% on room air. A brain CT COW is organised and is normal. An aorta point of care abdominal ultrasound is performed. 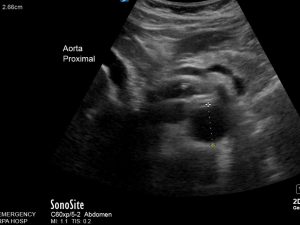 Mid aorta in the transverse plane 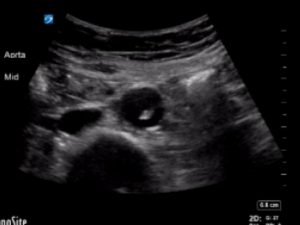 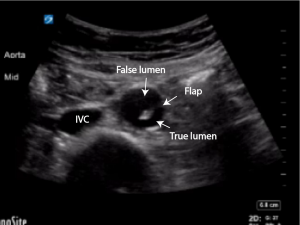 Colour Doppler shows 2 channels with turbulence in the true lumen.

Mid aorta in the longitudinal plane 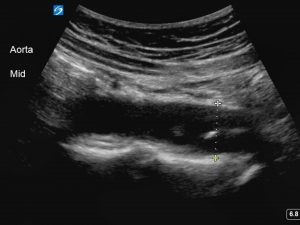 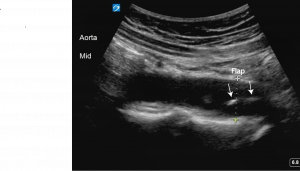 Colour Doppler shows 2 channels. The flow is bidirectional on either side of the flap

Differentiation between the true and false lumen is important especially for the placement of an endoluminal graft. If there is no clear continuation of one lumen with the artery then it can be difficult.  The following features may distinguish one lumen from the other.