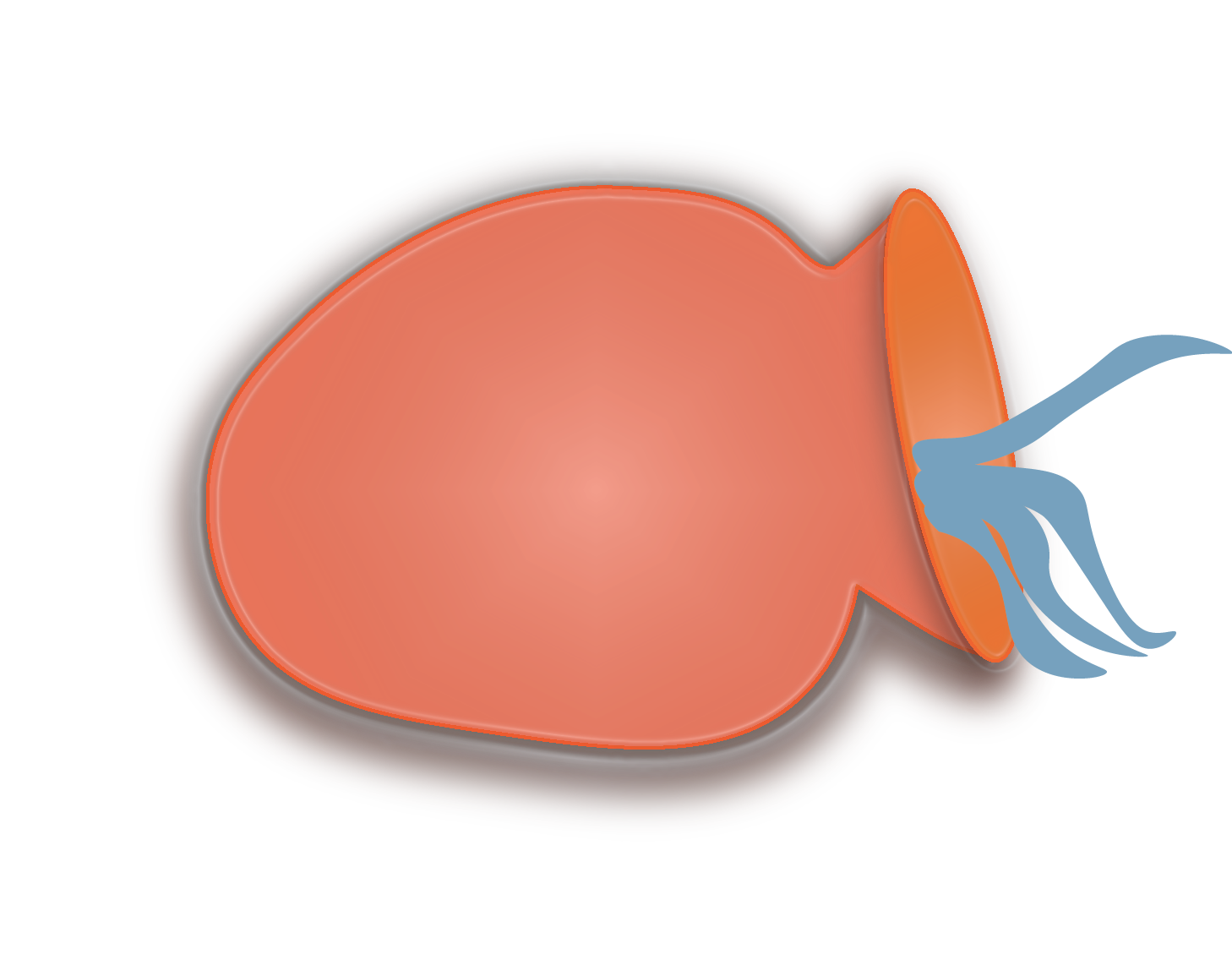 A 52 year old lady presents to the Emergency Department with chest pain. After an argument with her husband about his spending she developed acute severe central chest pain radiating down her right arm. She is mildly SOB. There is no past history of note, notably no cardiovascular risk factors. Her examination in unremarkable. Heart sounds dual, breath sound vesicular, BP 125/80, HR 90/min , no chest wall tenderness. An ECG, chest Xray and cardiac enzymes are organised.

Note T wave inversion in the inferolateral leads and ST changes in the anterior leads.

Initial troponin is 101 and rises to 826. She is started on heparin, clopidogrel and aspirin.

An ECHO is performed by the emergency department. The following is her PLAX view.

What is striking is the apex. It appears to balloon out. The apex appears not to be contracting as it should. The base of LV does contract. It looks like she may have had a large infarct if these are new changes, or maybe this is an aneurysm. Could it be takotsubo cardiomyopathy? 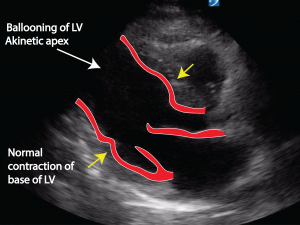 Note the apex does not contract but the base of the LV does. 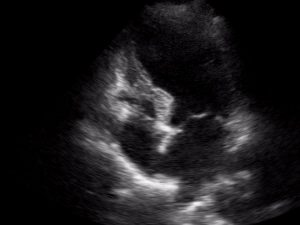 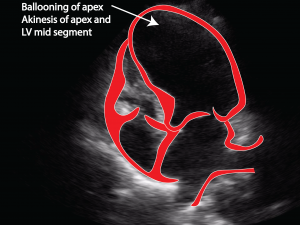 Here the ballooning of the LV is clearly visualised. This could be takotsubo cardiomyopathy. She is admitted for a coronary angiogram which shows normal coronary arteries. While in hospital she has runs of VT  but is discharged after a week with improving LV function on follow up ECHO.

Takotsubo is a form of acute cardiomyopathy associated with LV apical ballooning. It has been referred to as stress induced cardiomyopathy or broken heart syndrome. It was first described in Japan in 1990 (2).Takotsubo means octopus pot (tako tsubo) in japanese and refers to the shape of the LV  found in this condition. The prevalence of takotsubo cardiomyopathy has been found to be between  1.7 to 2.2 cases presenting with suspected ACS (Acute coronary syndrome)  or ST-elevation infarction in a systematic review (5)

The Mayo clinic diagnostic criteria (2) for takotsubo cardiomyopathy  include:

Results of the  International Takotsubo Registry which is a  consortium of 26 centers in Europe and the US, found that out of 1750 patients with Takotsubo Cardiomyopathy

Proposed mechanisms for the aetiology of takotsubo cardiomyopathy include:

The prognosis however  is in  general excellent for those who survive the acute episode, with full recovery in most patients within a month. 2 -3 % of the patients experienced a recurrence.

Coronary angiography, echocardiography or ventriculography during the acute phase shows left ventricular dysfunction and apical dyskinesia or akinesia with apical ballooning.  There is a form of takotsubo cardiomyopathy which is called “reverse Takotsubo” where the basal and midventricular segments of the left ventricle are akinetic  and there is no apical ballooning. This occurs rarely and generally in younger patients. They present with less pulmonary edema, dyspnea and cardiogenic shock than patients with classic takotsubo cardiomyopathy (6) and with higher troponin levels possibly due to more myocardial tissue being affected in reverse rather than in classic takotsubo cardiomyopathy.

Note that takotsubo cardiomyoapthy has been reported in children, with 21 reports of children in a review in 2015 (7)

Teaching point: In the ED, think about takotsubo cardiomyopathy in patients who present after a natural disaster, young patients with no cardiovascular risk factors who are under a lot of stress and who present with chest pain, or patients who are emotionally distraught and present with chest pain. Remember that it is not only emotional stress that can trigger takotsubo cardiomyopathy. Physical illness can be a trigger and in a 1/5 th of patients there is no trigger.