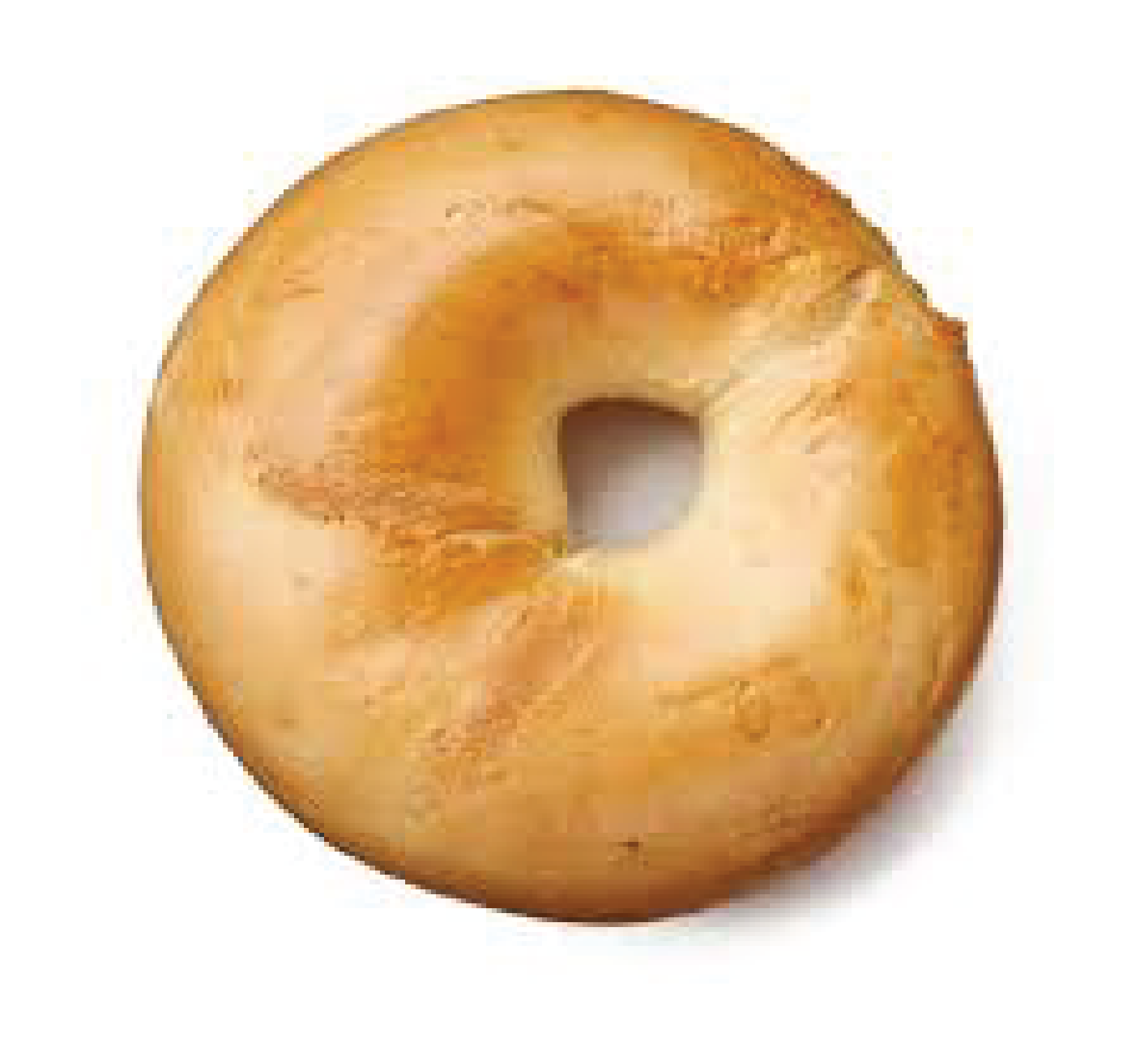 A young 30 year old lady is brought in by ambulance with acute onset severe lower abdominal pain. The first thing you want to exclude is a ruptured ectopic. On arrival she is pale and looks shocked. She says she had a positive pregnancy test 2 days ago but has not had a formal scan. Her BP is 85/60, her HR 90/min.  On palpation suprapubically she is extremely tender. She remains in the resuscitation room on continuous monitoring, a large iv line is inserted, bloods are taken for FBC, electrolytes, BHCG, coagulation screen and blood group and hold and Xmatch.  You do a FAST (focussed abdominal ultrasound) . This is her right upper quadrant scan.

This is her left upper quadrant scan.

There is clearly  massive amounts of free fluid in the peritoneal cavity.

A pelvic ultrasound is then performed. This is her pelvis in long 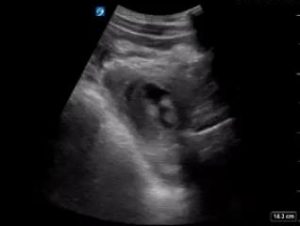 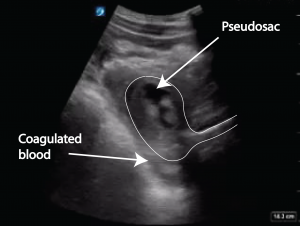 The uterus does not show a gestational sac but there is blood within the uterus. This is a pseudosac.

By fanning slightly to the right, a corpus luteal  cyst is visible. 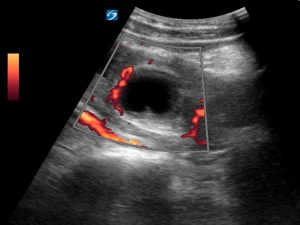 With the CL cyst in the middle of the image and fanning ever so slightly medially longitudinally, the tubal ring of the ectopic appears.

By zooming onto this tubal ring, a yolk sac and fetal pole appears. Within the centre of the fetal pole there is a heart beat confirmed by using M mode.The tubal ring has been referred to as the “bagel sign”. 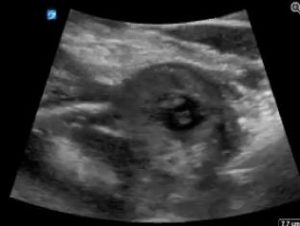 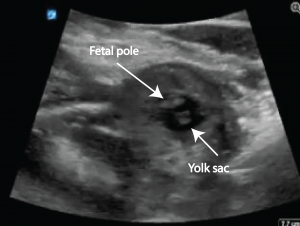 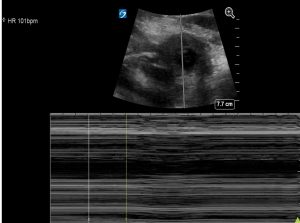 Power Doppler also causes the appearance of a “ring of fire”  due to the increased vascularity around the gestational sac. 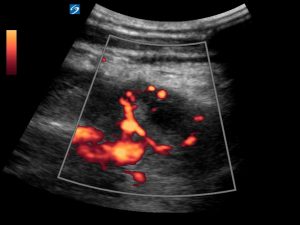 The patient is immediately transferred to theatres where the right ectopic pregnancy was removed. An estimated 2l of blood was found in her peritoneal cavity. She was transfused 2 U of blood. Her BHCG came through as 23,710 IU/L and her progesterone level as 72.9nmol/l. Her haemoglobin before theatre was 112g/l and 88g/l post surgery.

Sudden acute abdominal pain in early pregnancy should be considered to be due to a ruptured ectopic until proved otherwise. Intraperitoneal fluid on a FAST exam  as in the case presented here almost clinches the diagnosis however the differential diagnosis of acute pain in early pregnancy like this is  a ruptured CL cyst. Free abdominal fluid can also be seen with a ruptured CL cyst. In this case a ruptured ectopic with a yolk sac and fetal pole demonstrating an active heart beat was visible. Tubal vessels can rupture causing significant intraperitoneal bleeding without causing immediate fetal demise as demonstrated in this case.  An empty uterine cavity is  helpful in estimating the likelihood of an ectopic in this situation. Having said that an empty uterine cavity could be due to a gestational age which is too early to visualise by trans abdominal ultrasound.(4)