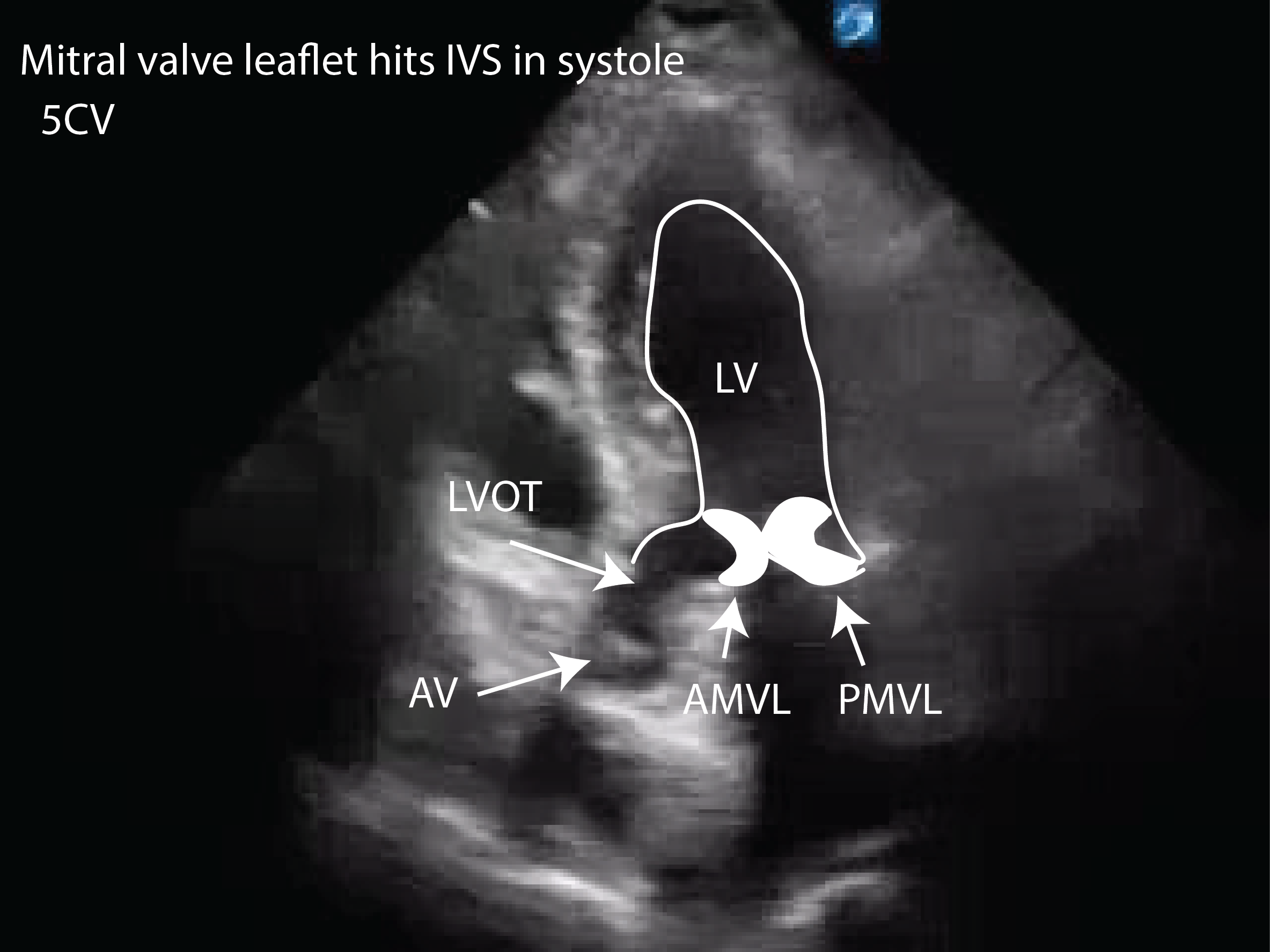 This gentleman presented septic to our department. He had a history of chronic renal failure requiring dyalisis. BP 88/60, HR 90/min. An ECHO was done in the ED to find a possible cardiac cause, other than hypovolaemia from sepsis, for his hypotension 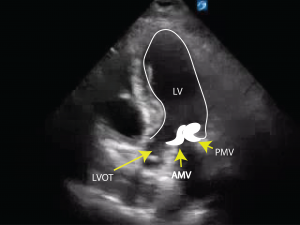 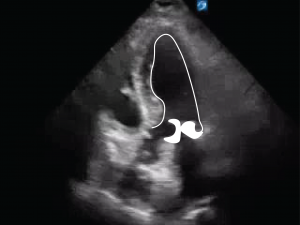 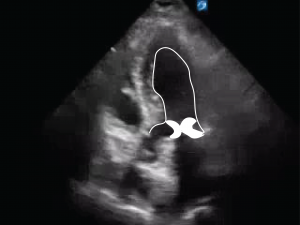 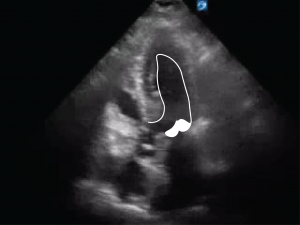 The AMV leaflet touches the IVS in early systole , causing brief LVOT obstruction. In mid systole the AMVL returns to the midline 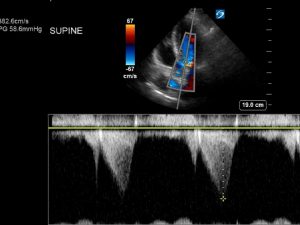 This paradoxical movement of the mitral valve in systole is called SAM and is usually associated with HCM (hypertrophic cardiomyopathy) but has been found to be present in patients who are hypertensive, diabetic ( with LV hypertrophy), and even in asymptomatic patients. It is a dynamic obstruction. It is worse with hypovolaemia, exercise, medications such a nitroglycerine, dobutamine and the Valsalva maoeuvre.