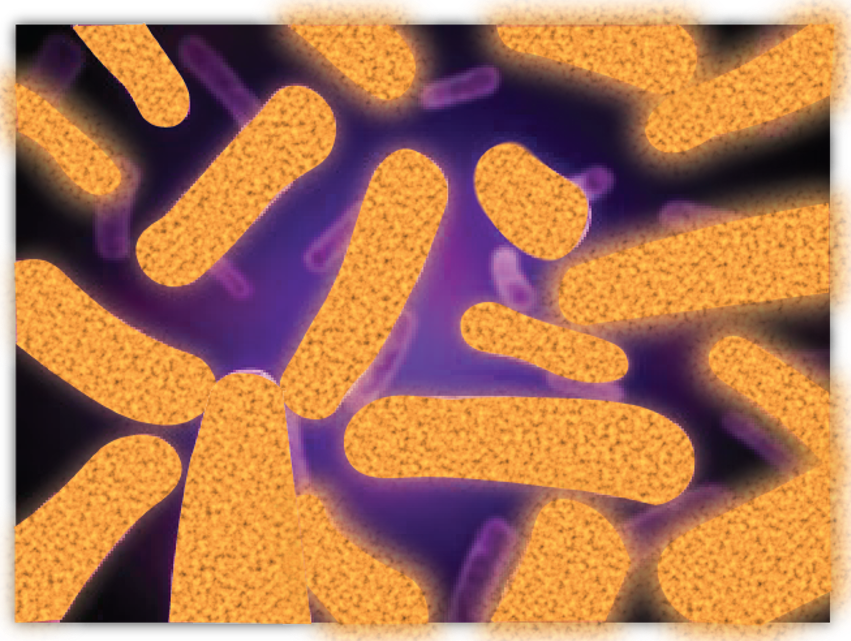 A 60 year old man presented to ED with a one day history of severe SOB on the background of a 2 month history of increasing SOB. He was so breathless that it was an effort to walk 3 to 4 metres. He had recently returned from a 2 year stay in Vietnam. No fevers or weight loss, no weight loss. An outpatient Chest Xray showed widespread reticular nodular infiltration in both lungs with an increased density in the LUL

This was his Xray on arrival to our Emergency Department 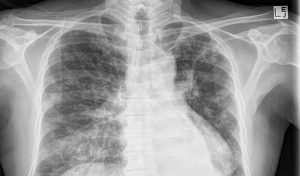 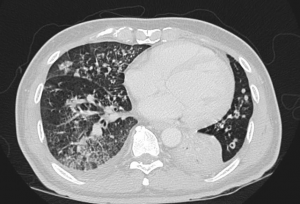 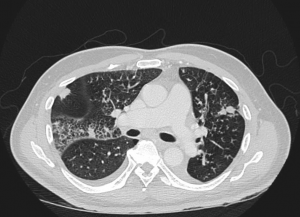 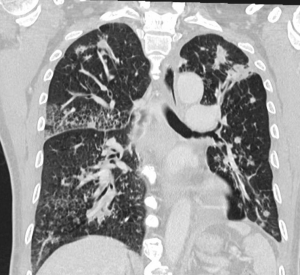 The most likely diagnosis was TB and he was to go to the ward to start anti mycobacterium treatment.

This is his lung ultrasound

There are clearly more than 3 B lines emanating from the pleural line between the 2 rib spaces. The B lines are wide and efface A lines. These B lines were widespread over his chest anteriorly. The costophrenic angles showed small pleural effusions as seen below

An ECHO was performed. This is his PLAX view

The LV is clearly dilated and poorly contracting. Note the patchy appearance of the basal to mid LV inferolateral wall. There is a linear echogenic portion and then a more hypoechoic area at the base of the posterior mitral valve leaflet, (PMVL). This appearance should not be confused with a pericardial effusion.  It is within the wall.  Look at the motion of the atrioventricular groove. Compare this with the MRI comments.

His PSAX shows  the poorly contracting LV.  Again note the patchy appearance of the basal to mid LV inferolateral wall.

His ejection fraction using M mode in the PSAX was 31% and his LVOT  VTI 9.01 cm confirming poor LVOT stroke volume, (SV).  [LVOT SV x Heart rate] / 1000 = Cardiac output.  If there is respiratory variation on PW Doppler trace of the LVOT, measure a minimum of two traces and average them (if time permits) or do after the study for a more accurate result.  Normal LVOT vti = 17cm – 24cm.  An LVOT of 9.0cm is obviously reduced. 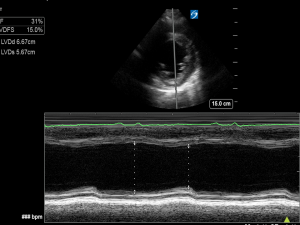 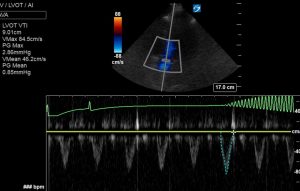 This is his 4 chamber view. Again, the left ventricle is seen to be dilated and poorly contracting, the RV and RA on the other hand are  of normal size when eyeballed.

It was clear therefore that this man not only had an underlying pulmonary disease, most likely TB but also a cardiomyopathy.

His acidfast bacilli on stain and Mtb were positive 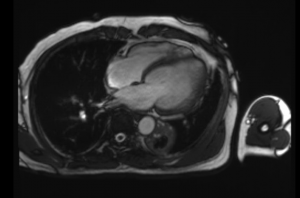 How common is TB cardiomyopathy  and does treatment improve outcome?

It is thought to affect 1-2% of patients who have TB and mainly affects the pericardium and very rarely the myocardium or valves. TB is traditionally thought to spare the heart, the thyroid, the pancreas and skeletal muscle.

It is worthwhile thinking of both respiratory and cardiac causes of shortness of breath (SOB) in the patient with TB. Point of Care ultrasound is an excellent rapid way of identifying an underlying cardiac problem.