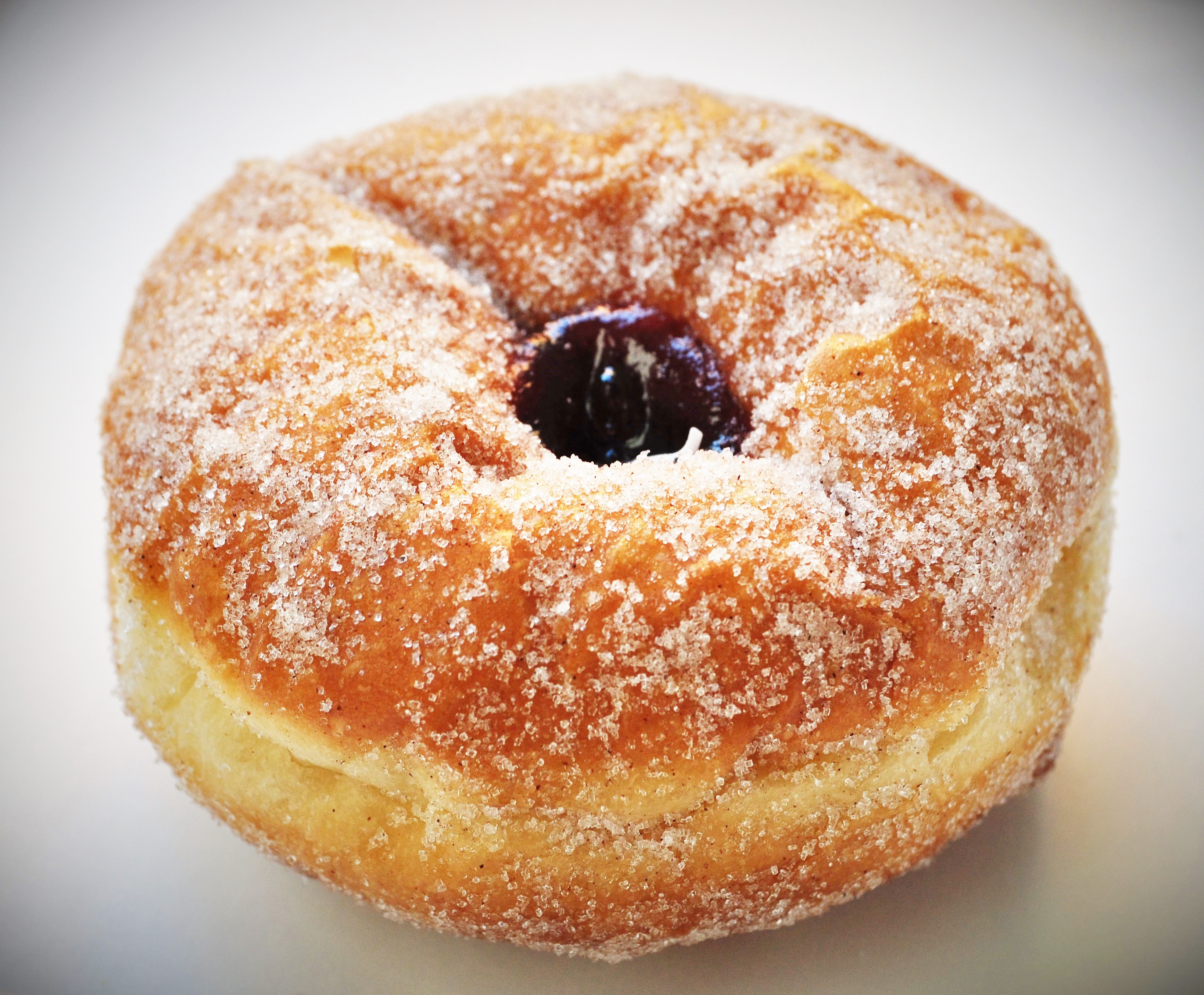 A 42 year old man presented to the Emergency department at 4.00 am with a history of sudden onset central abdominal pain since 2.00 am. The pain was constant, in fact, it was getting worse. It was not associated with vomiting. He had opened his bowels 4 times since he developed  abdominal pain.

He had a very tender abdomen especially in  the RIF, with percussion tenderness and rebound tenderness.

An ultrasound was immediately performed at the bedside. In the RUQ, a mass was visible in the transverse plan 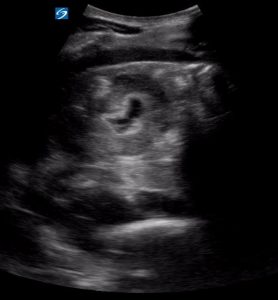 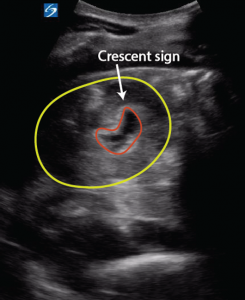 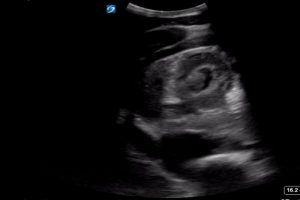 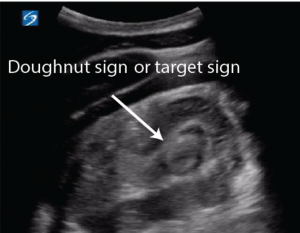 If you look carefully at this clip   you can see the classic “doughnut” or target sign of  intussusception. In the centre of the doughnut, bowel (the invaginated segment) is seen protruding. 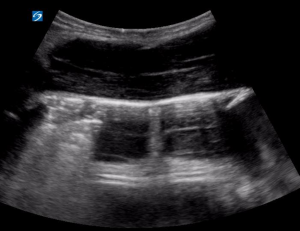 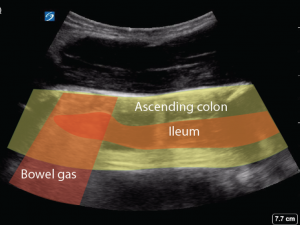 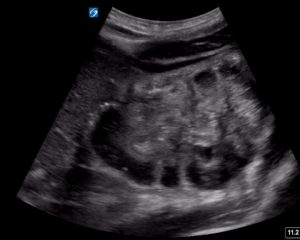 In the RIF, the small bowel demonstrates peristalsis, contrasting sharply with the ascending colon which is almost completely immobile. Gut ischaemia has produced inflammatory changes and there is intraperitoneal fluid.

His CT showed a complex right iliac fossa mass composed of bowel loops which could have been due to an intussusception or to a volvulus. The quality of the study was poor. A lead point was not identified.

Intussusception should  be considered in the adult as a cause of abdominal pain. Ultrasound is a good point of care modality to use to identify this problem.

How common is it in adults?

It is rare, representing less than 5% of all cases of intussusception. The exact incidence is unknown, possibly 2-3 per 1,000 000 of the population per year. Men are more affected than women

Where is it most commonly found?

The ileocolic junction is the most common site for intussusception, however in general the sites that are affected are between freely moving segments and fixed segments

What causes intussusception in adults?

8 -20% of intussusception in adults is ‘idiopathic” where no cause is identified.

What is the pathophysiology of intussception? 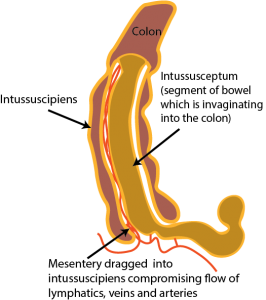 When the bowel invaginates into the distal segment it carries with it it’s mesentery, compromising flow of lymphatics, veins and arteries to the invaginated segment or intussusceptum. The result is oedema, thickening and iscahemia of the bowel wall. Continuing peristalsis offsets a vicious cycle of more oedema, obstruction and ischaemia

What is the clinical presentation?

While the clinical triad of abdominal pain , bloody stool and a palpable mass is common in the paediatric population, this is rare in adults. Most commonly intussusception presents with non specific abdominal pain with symptoms suggestive of intestinal obstruction

What investigations should be undertaken?

Accurate preoperative diagnosis is low, reported between 40 and 50%. CT scan is the most commonly used diagnostic modality with diagnostic accuracy between 58 – 100%. CT has the advantage of defining the location of the intussusception and the relationship of the lesion with surrounding tissues.  Ultrasound has high sensitivity and specificity 98-100, and 88% respectively. 1   The classic doughnut or target sign is seen in the transverse view or the hayfork sign or pseudo kidney sign in the longitudinal view

What is the treatment?

In adults treatment usually involves bowel resection because of the large proportion of structural anomalies and the high incidence of malignancies.

So what happened to our patient?

Our patient underwent a right hemicolectomy. No identifying cause for the intussusception was found. He made a good recover and was discharged.