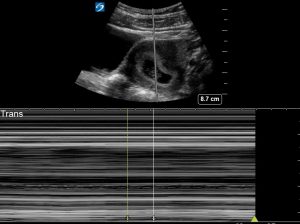 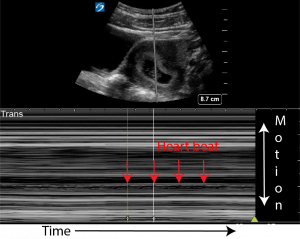 2. Discuss the reasons for not using colour Doppler or power Doppler in the 1st trimester.

Red cells scatter ultrasound  poorly compared to tissues. To get an adequate Doppler signal, the machine  increases it’s  transmission power of  the ultrasound beam. Pulse wave (PW) Doppler also relies on a single line of sight of the ultrasound beam which is stationary. This means that all the transmitted ultrasound energy travels along a single beam, exposing a small volume of tissue to a concentrated higher  energy  ultrasound beam. This energy is transformed into heat.

It is unclear whether there are any bioeffects of ultrasound , but in the developing fetus, in the first trimester it is best to use as little energy as possible when scanning. This principle is referred to as ALARA (As Low As Reasonably Achievable).

3. Describe the sonographic appearance of a subchorionic haemorrhage in a first trimester pregnancy. 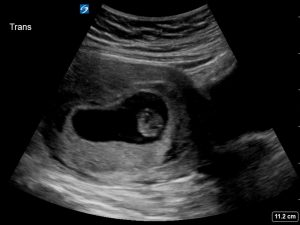 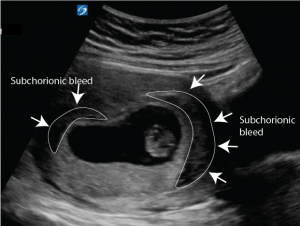 The appearance of the blood depends on the age of the haematoma.

4.What is the name of a sac like structure which mimics a gestational sac when an ectopic pregnancy is present?  How can it be distinguished from a true gestational sac? 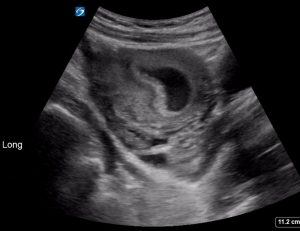 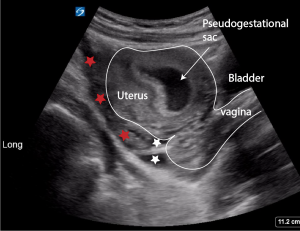 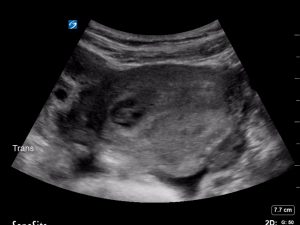 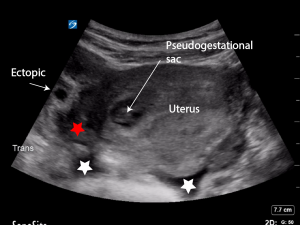 5. What factors may increase the likelihood of developing a heterotopic pregnancy?

Patients are also at risk if they have had

6. What are  potential locations for ectopic pregnancies. 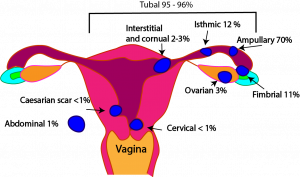 7. What is the earliest parameter that can be used to establish gestational age and how is it measured? 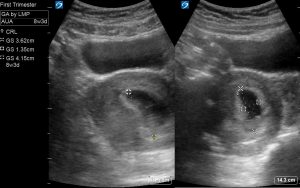 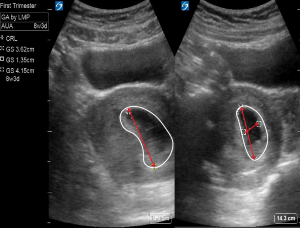 8. At what MGSD  should an embryo be visible using transabdominal US?

An embryo should be visible on TA ultrasound when the MGSD is 25mm. If the embryo is not visible it is highly suggestive of a failed pregnancy

A gestational sac should be visible using transabdominal ultrasound  at a gestational age of 6 weeks and the fetal pole and cardiac activity by 7 weeks. 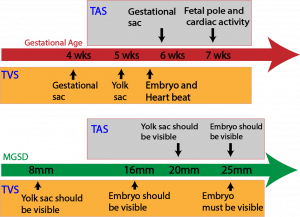 10. At what level of BHCG should a gestational sac be visible on transabdominal ultrasound?

The discriminatory zone is defined as the  BHCG level above which an imaging scan should reliably visualize a viable intrauterine pregnancy. It is 6000 IU/ml for TAS. However, visualisation of the gestational sac depends on factors such as the scan resolution (type of machine used), the body habitus of the patient (obesity makes visualisation difficult), the position of the uterus ( much harder to see the fundus in a retroverted uterus if the bladder is not full), and the skill of the operator.

If the an IUGS is not visible then a transvaginal scan should be performed.