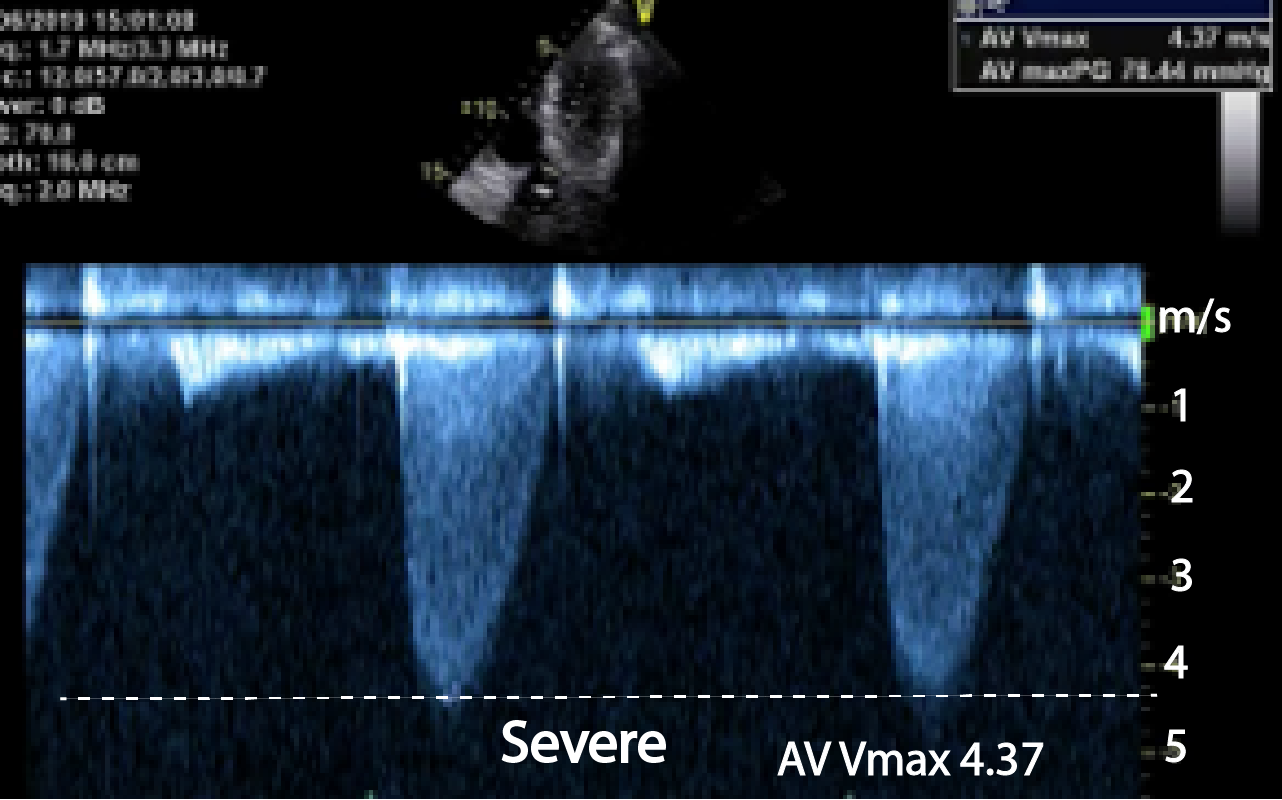 Quantitative Assessment of AS

It is possible to measure the Peak velocity (ie  the highest velocity that can be recorded) and the Mean Pressure gradient. This is done in the following way : 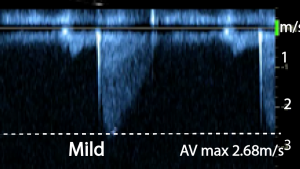 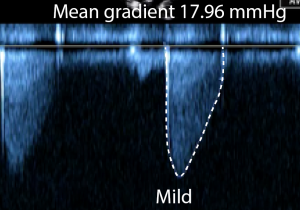 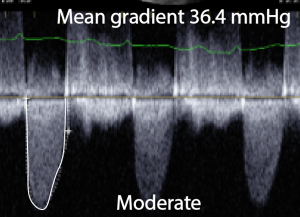 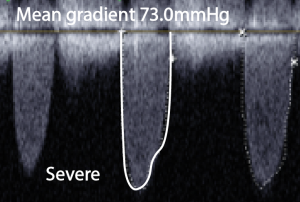 Low output states will underestimate gradients and therefore AS

Measurements may also change from beat to beat in patients with irregular rhythms such as AF. In this case an average of 3 beats should be taken to determine correct pressure measuremets 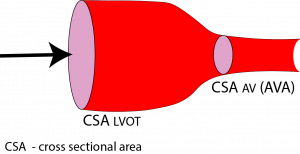 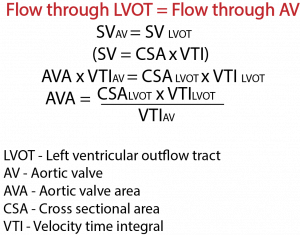 The CSA or cross sectional area can be measured by measuring the diameter of the LVOT. This is measured in systole from the blood tissue interface of the LVOT 0.5 – 1.0 cm out from the aortic valve 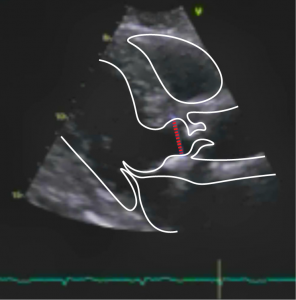 1. The aortic valve gradient is measured by tracing the CW doppler signal obtained from the apical 5 chamber view, through the aortic valve.

2. The LVOT signal is obtained using the PW doppler from an apical 5 chamber view, using a sample gate in the LVOT (0.5 cm from aortic valve).

The continuity equation is dependent on 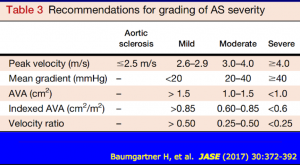