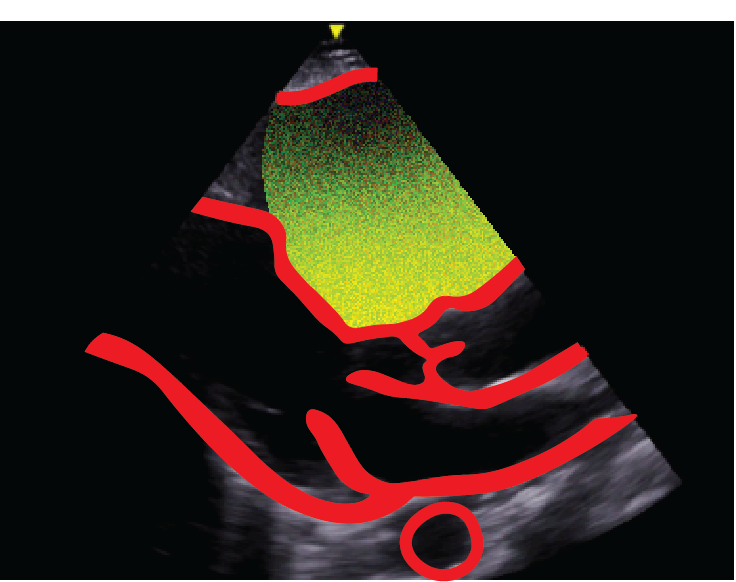 A 60 year old man presented to the Emergency Department short of breath having a  known right ventricular cardiac tumour with metastases to the lung, liver, spleen and bone. On examination saturating 100% on RA, bilateral pitting pedal oedema, BP, 120/60, HR 68/min.

An ECHO was performed in the Emergency department.

The PLAX shows a large mass in the right ventricle 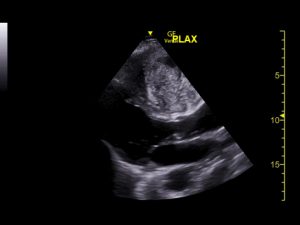 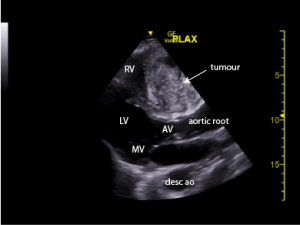 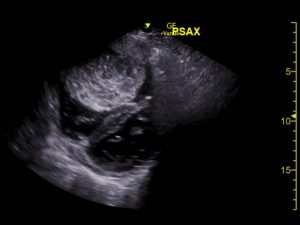 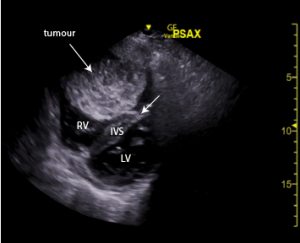 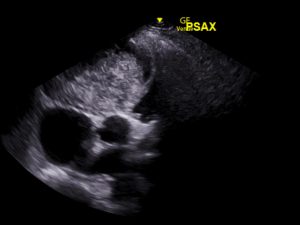 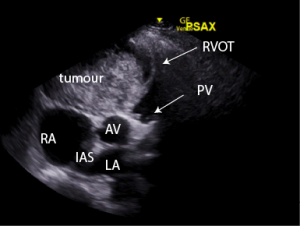 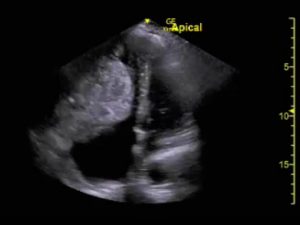 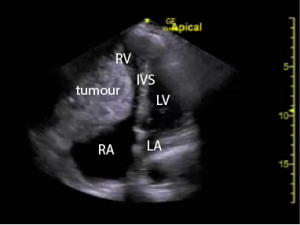 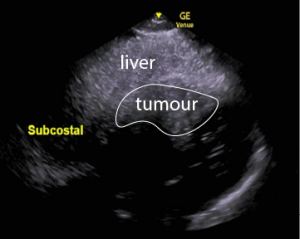 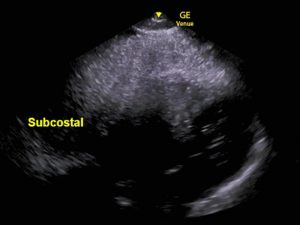 Treatment options for cardiac tumours include resection of the tumour, angio embolisation, chemotherapy and radiotherapy depending on their subtype and their location