Both a polyp and a stone can be seen in the ballbladder. This is best visualised when panning through the gallbladder rather than with a still image

The stone casts a shadow, the polyp does not. While the stone is in the most dependent portion of the gallbladder , the polyp appears in the fundus of the GB 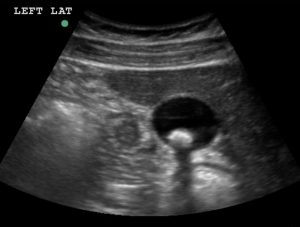 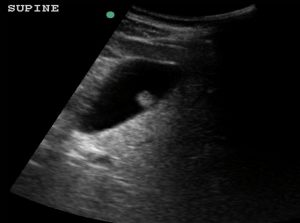 The polyp is less echogenic than the stone, does not cast a shadow and does not move when the patient is rolled into the left lateral position.