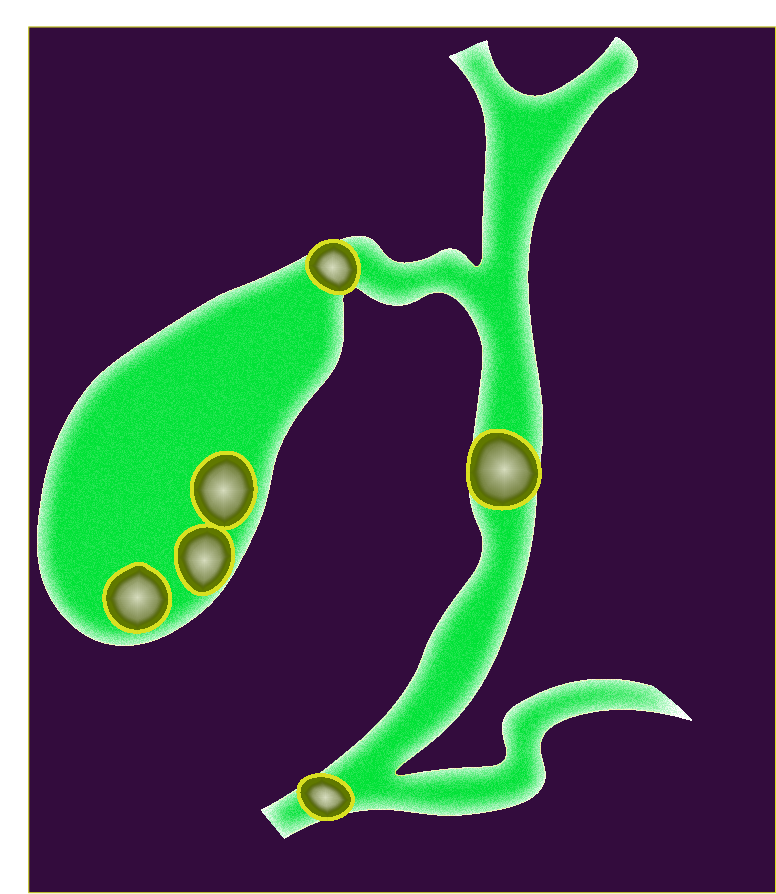 Gallstones are commonplace. Ultrasound is highly sensitive in identifying gallstones. The appearance of gallstones is variable. They vary in size,shape and number. They may be associated with sludge. Stones and polyps may coexist. They are echogenic and cast an anechoic shadow (acoustic shadow). Gallstones that are less than 5 mm may not cast a shadow. Mobility is a key feature of stones and distinguishes stones from polyps and tumours. Stones may be stuck in the neck of the gallbladder which is a cause of cholecystitis. The following are examples of stones. 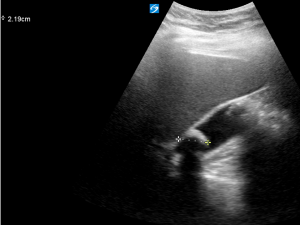 Panning through the gallbladder in the transverse plane the large stone is visualised first and then smaller stones are seen a closer to the true cystic duct within the neck of the gallbladder.

The following  2  patients have multiple smaller stones, each casting their own acoustic shadow. 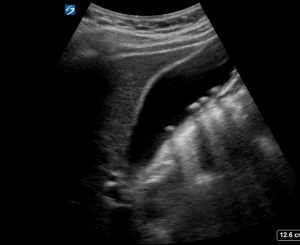 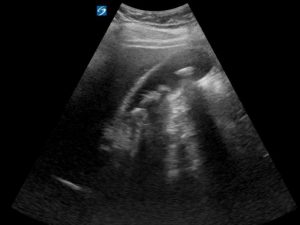 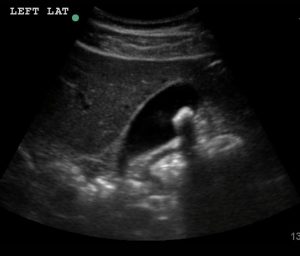 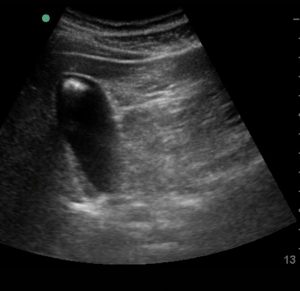 Stones can cast a confluent shadow if they are small and numerous. 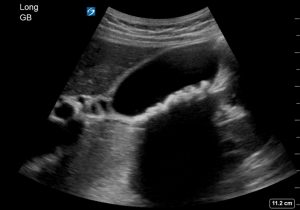 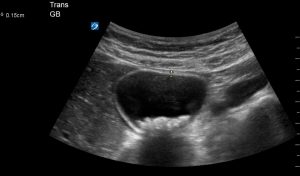 Stones may be large, measuring up to 9 cm in the literature. The stones below are reasonably large. The largest is 2.65 cm 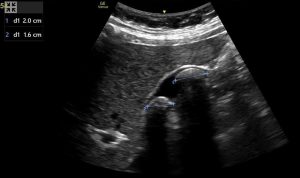 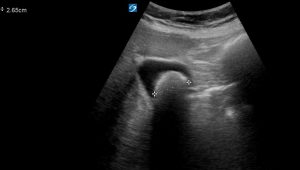 Stones can be very small. Below, this is a scan of a GB from a 5 month old child which shows numerous small stones. Sometimes it is difficult to distinguish between stones and sludge. 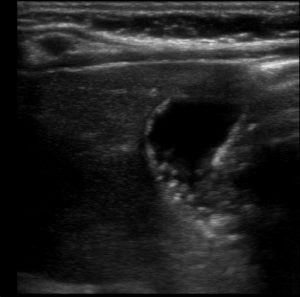