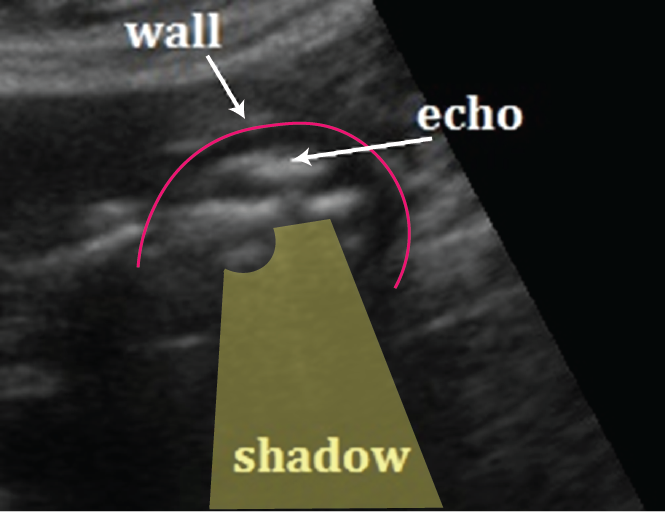 A “wall, echo, shadow” occurs when the GB wall contracts over GB stones so that the normal echo free space  surrounding the stones is no longer visible. There is no, or little anechoic bile visible surrounding the stones. This can be chronic, acute or may occur when the GB is contracted after eating. The first case is a patient who presented with severe RUQ pain. She had had a previous scan as an outpatient 6 months earlier which demonstrated the same image. 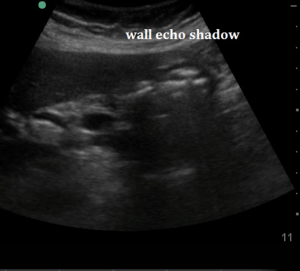 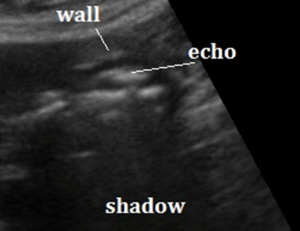 This second patient also presented with RUQ. This is  cholecystitis. The GB wall is thickened and a  +ve Murphy’s sign was elicited during the ultrasound examination. 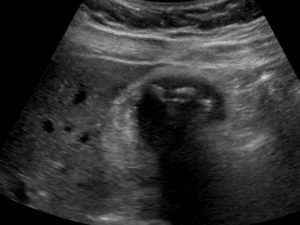 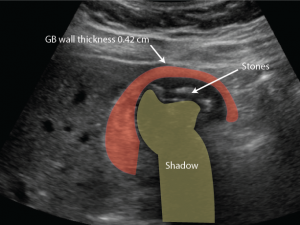 Scanning through the neck of the GB in the transverse plane demonstrates the stones stuck int he neck and the very thickened GB wall.

The following is a scan of  a patient who had drunk a hot chocolate just before being scanned. The GB wall had contracted over her GB stones which were in the fundus of her GB. This was not associated with pathology. 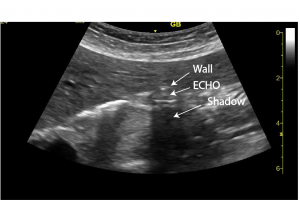 A wall echo shadow occurs when the GB is entirely filled with gallstones. The gall bladder wall hugs the stones so that the gall bladder is  difficult to identify.