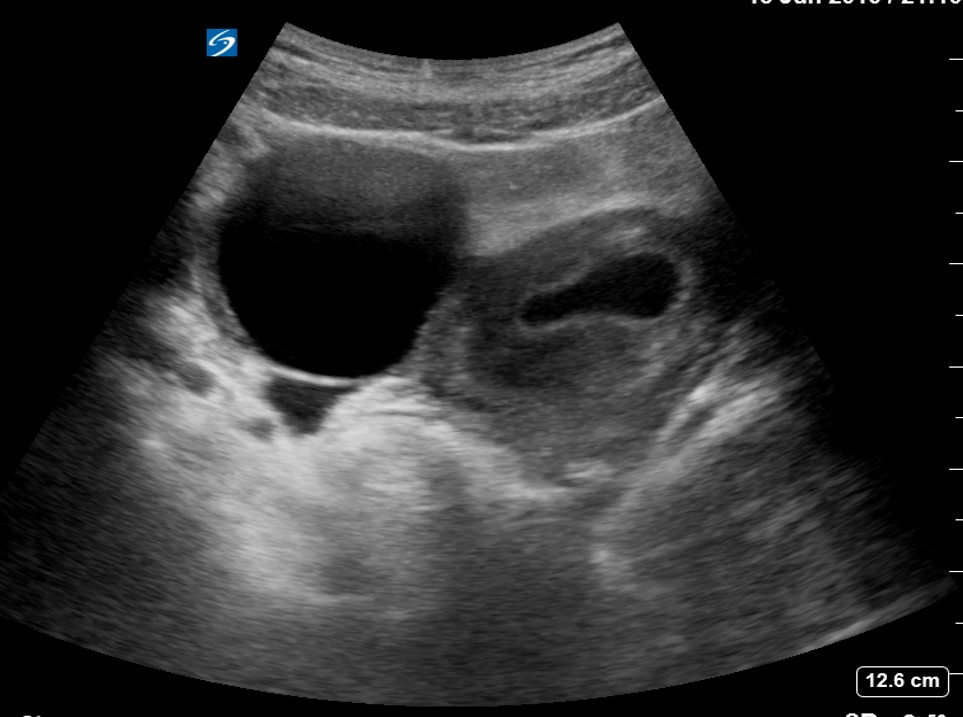 A 7 week pregnant patient presents with acute onset abdominal pain. She has not had a scan before. Her scans show a large CL cyst, a small amount of fluid in the pouch of Douglas and an intrauterine pregancy 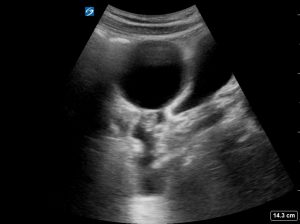 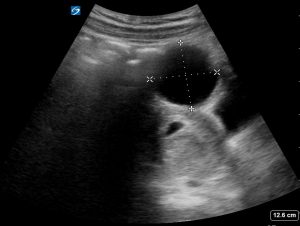 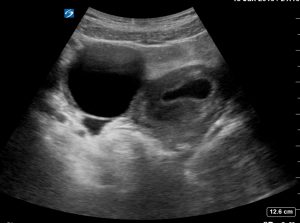 The corpus luteum continues to produce these hormones and maximises the chance of implantation into the endometrium in early pregnancy.  It reaches a maximum size at ~10 weeks and finally resolves at around 16-20 weeks. Sonographically it has a characteristic “ring of fire ” with Doppler ultrasound and usually a crenulated inner edge and inner echos. It is difficult to differentiate a CL cyst from an ectopic pregnancy. The two structures can be similar in appearance but can be differentiated  in the following way : The CL cyst is eccentrically placed within a border of normal ovarian tissue, the tubal ring , in contrast , in a central hypoechoic fluid within a mass of echogenic trophoblastic material (the bagal sign). Both with Colour Doppler demonstrate a “ring of fire”. The CL is ipsilateral to the ectopic pregnancy in 70% of cases. Rupture of a CL cyst may mimic a ruptured ectopic pregancy.