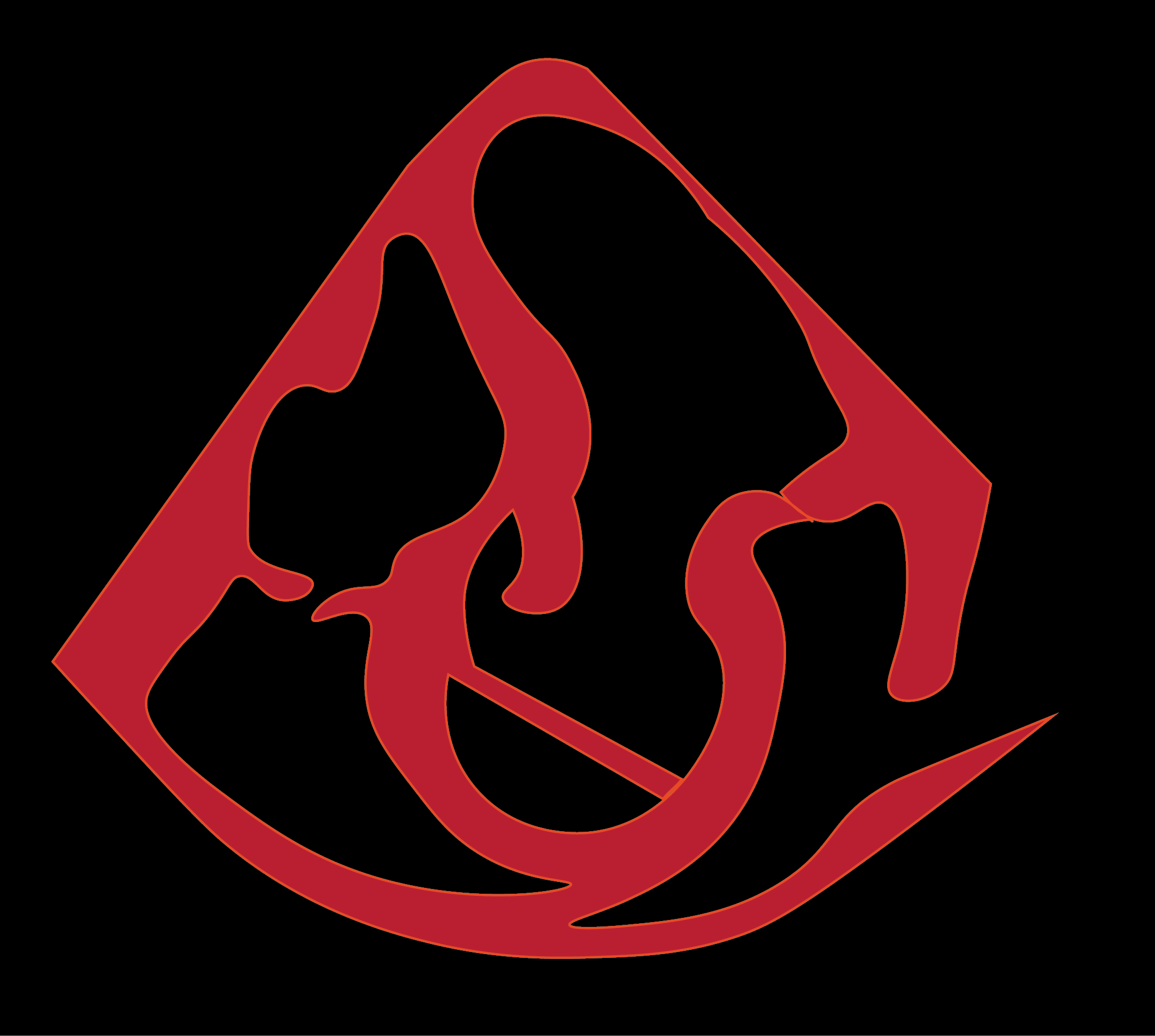 There is a BAT call. The ambulance are bringing in a man with severe back pain. 5 minutes later a 70 year old man is wheeled into the rescusitation room. He is in severe distress. He states he was lifting a box when he developed severe acute chest pain radiating to the back and associated with abdominal pain. His pain prevents any further history to be taken. He is combative and diaphoretic. He has 2 iv lines. His BP is 140 systolic in both arms and his HR 48/min. While on the resus trolley a focussed point of care ECHO is performed. Because of his agitation a subcostal view is obtained first

This is his subcostal view

There is a clear flap in the aortic root 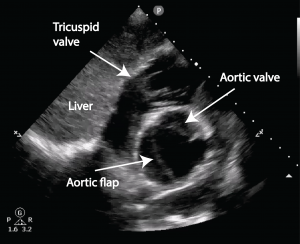 This is his 4 chamber/5 chamber view. The flap is again visible in the aortic root 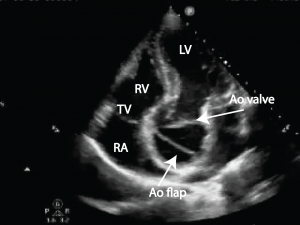 Ketamine boluses were given to control his agitation along with fentanyl for analgesia. An urgent CT aortogram confirmed a Stanford type A dissection, the entry point being at the mid ascending aorta. The dissection extended to the coeliac trunk and extended down the left renal artery.

He was  immmediately transferred to theatre for repair of his dissection.

We have seen in a previous case that aortic dissection can be easily missed in the Emergency Department. For those who present with the classic features of dissection which include sudden onset of severe ripping back pain with a widened mediastinum on Xray and blood pressure or pulse differential, the diagnosis is much easier. In this case a focussed point of care ultrasound was done in the Emergency Department which diagnosed within seconds a dissection. Transthoracic echo is limited by a number of factors including operator skill, patient body habitus and the machine and probe availability. In view of these difficulties is it not the best modality for identifying a dissection. Having said that, focussed point of care ultrasound is recommended (1) for all suspected aortic dissections and for patients with chest pain and abdominal pain of uncertain origin. In this case the intimal flap was visualised which rapidly confirmed the diagnosis. A follow up focussed point of care ultrasound of the abdominal aorta may have revealed a flap also. Trans thoracic echo has the advantage of identifying complications of aortic dissection such as pericardial effusion and aortic regurgitation.

Transoesophageal echo  has the advantage of accuracy and can be performed in the resuscitation bay. The main draw back is having personnel available in the hospital to do this investigation rapidly.

IV contrast CT aortogram is the best imaging modality enabling accuracy in diagnosis and also enabling the identification of alternative diagnoses if aortic dissection has been ruled out.

MRI is also an excellent imaging modality but is not as widely available and image acquisition takes longer which is not suitable for unstable patients.

The shear force and the pulsatile nature of blood flow are directly associated with the progression of the aortic dissection. This is achieved by reducing both the HR and the BP.

Teaching point: Transthoracic ECHO is not the best modality for investigating a possible dissection but it should be done regardless as it may reveal an intimal flap, a widened ascending aorta (>4cm),  the presence of a pericardial effusion or pericardial tamponade and aortic regurgitation.