A 44 year old man returned from Bali with shortness of breath and pleuritic pain. He also complained of right upper quadrant pain worse on breathing. He was febrile and unwell.  A chest Xray was normal. A point of care ultrasound was performed to see whether he  had pathology below the diaphragm which was the cause of his pain.  He was found to have 2 liver abscesses on ultrasound. This was confirmed by CT which also showed other smaller abscesses. Abscesses on ultrasound may be have a variable appearance including (1) 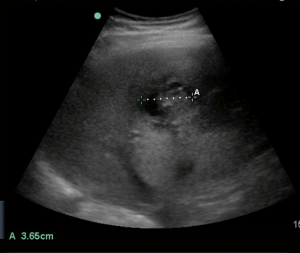 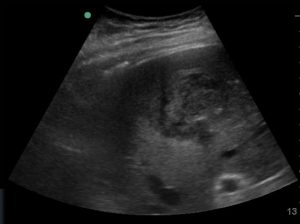 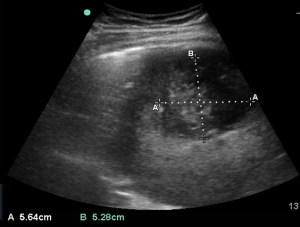